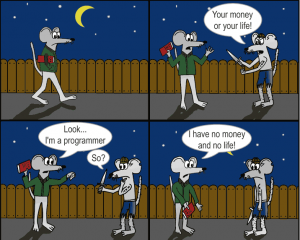 Do you think you can read elder scrolls or ancient manuscripts?
It can be strange but the language of those documents can differ from the contemporain in grammar and fonts used.
For example here you can read scans of a Magic Book from XVII century
First of all many contemporain people are not able to read handwritten text or some minuscul. They cannot even imagine the existance of the letter «long S». It is  really hard, but hundred years ago this letter was widely used in English texts. So your unprepared brain will automatically read «ſame» as «fame», not «same». And only after hours of reading you will be able to read «ſ» as «s» automatically.

To read ancient texts you should learn the history of language the text was written in because since the ways it had been written even the sense of words can change.

For example the «hound» word was the word to determine any dog, not hunting one.